Here is some music and songs I created for various pieces.

A few web shorts I filmed with my kids and friends just for fun; wrote, edited, and did the music.

Quest To Change The World

Original family friendly musicals, that gives new and seasoned actors of all ages an opportunity to work together to teach and learn from one another, and spread some positivity. We've worked with schools, community centers, the YMCA and many many more.

Here is a successful fundraiser we did in the past that gives some insight about what Hip Hip Heredia is all about​​. 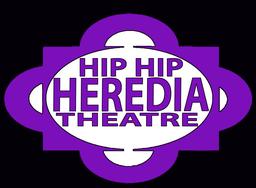 Let's face it, diversity trainings in the workplace at times can be an uncomfortable, daunting experience. Why not bring in a performance?  We would love the opportunity to help you put together a diversity training experience that you will never forget. We can come with one of our original shows that is relevant to your needs or  write a completely new one catered to your company.

Please contact us to talk about your needs, we'd love to work with you.